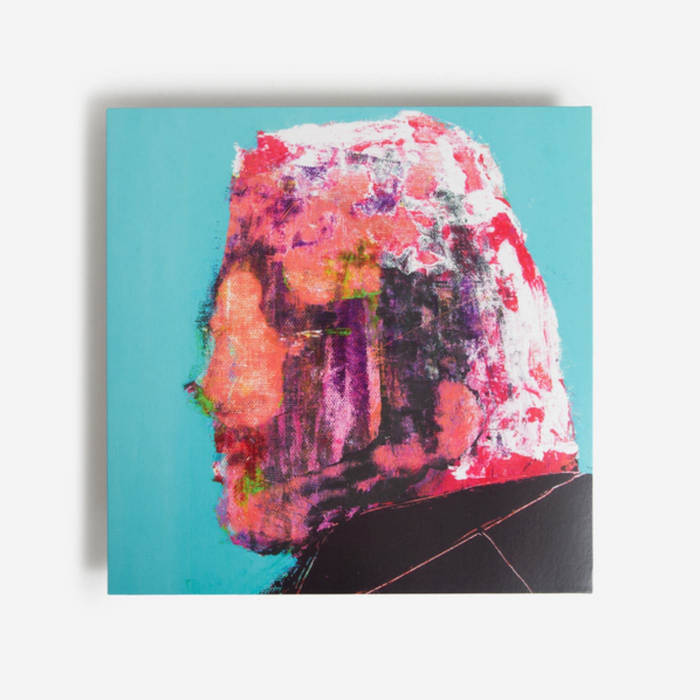 Perfectly low-lit and charged with a slow, nocturnal energy, ‘Hyperattention: Selected Digital Works Vol.1’ rounds up five years (2013-2018) of recordings made in Cairo by Hashem L Kelesh aka Dijit, featuring a succession of guest vocalists who would come to smoke, drink, hang-out and make music in his studio. Undoubtedly echoing Richard D James and Björk-collaborator Leila as much as the off-kilter blooz of Tricky, or even Tirzah’s hashed-out lower case R&B, the set memorably introduces a fully formed artist who’s already worked with well known musicians and singers in Egypt and the Middle East.

Framing a strung-out and time-lapsed window into five years of work, the music could feasibly have been made any time between the mid ‘90s and now if it wasn’t for the hyper-modern production gloss that places it very much in the present, tracing the shadowiest smoke curl lines of classic trip hop with gently intoxicating/intoxicated vocals that match and smartly rub against the music’s woozy, rugged contours. The most enduring ghosts of ‘90s Bristol surely haunt the likes of opener ‘1772’ and the loping sexiness of ‘Morra’ (a cover of Abd Elghani Alsayed) which both usher in the presence of SD who also crops up on the sultriest and rudest highlights such as ‘Natfo’ and the soul-scratching funereal closer ‘We’re The Dead’. Beside the 808 heartache of ‘Bad K’ with its exquisite Karimaann vocal, the gruffer voice of AC Ghazy sits heavy on the dread pressure of ‘Babaakh’, and the mantric bars of Ott Eswed on ‘Zeed’ lend an ideal balance to the album in tune with what sounds like a Shackleton jam in ‘Lakk’, and echoes of Muslimgauze in the cracked instrumental ‘Soaad’.

Impressive in its nuanced range of low key but visceral expression, ‘Hyperattention: Selected Digital Works Vol.1’ extends a memorable introduction to a key Middle Eastern artist whose sound is timelessly familiar and keyed in for contemplative times.

Khruangbin and Greg Foat stop by with their amazing new LPs.